← Yasir Qadhi Exposed! Once they replace our scholars, where will they take us? Part 2
What the Scholars Say About Shaykh Muqbil (rahimahullah)? →

It was asked to  Shaikh Rabee ibn Haadee Al Madhkhali : Our Shaikh Muqbil founded the da’wah salafiyyah here in Yemen based upon self sufficiency and he authored a book titled “The blameworthiness of asking”.
Our question is: Some of the callers sometimes ask the people money for the purpose of Da’wah. So what is the criteria in asking from people for the purpose of da’wah? 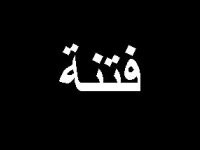 In any case, May Allah have Mercy upon Shaikh Muqbil and I ask Allah to succeed him with good in Yemen and other than Yemen. For verily this person, may Allah have Mercy on him, reminds us of the asceticism of the salaf, their abstinence, their honour and rank, their refusal (to accept monies from the people) and their courage in speaking a statement of truth. And the Da’wah salafiyyah was elevated and spread in Yemen and (people) were cured by it and (he) left for them great goodness. We ask Allah to bless his students and to bring forth from them many like him (Shaikh Muqbil);  for verily, by Allah, he was an model in piety and abstinence and refusal of worldly matters. And he was given insight (by Allah) when he used to refuse money and warned against asking people. And I am reminded that he used to launch a fierce attack on anyone who collected money in his (Shaikh Muqbil’s) name. So he used to not compromise in this matter, May Allah bless him.  And is NOT a necessity to approach people asking them in the name of da’wah; the salaf never did that. And Ahmad ibn Hanbal rahimahullah, did he stretch out his hand asking the people for the purpose of da’wah? He used to refuse money – and he is cited as a model of abstinence in his refusal and dignity when he traveled to Abdur Razzaaq from Iraq to San’aa. On the way, he and his companion, Yahya ibn Ma’een, performed Hajj and found Abdur Razzaaq in Makkah. So ibn Ma’een said to Ahmad: “Here is Abdur Razzaaq. Allah has brought him to us so we do not need to travel.” Ahmad replied: “I have made the intention to travel to San’aa so I will not return.” Then he traveled to Sanaa and on the way he ran out of money. When his companions found out, they offered him monetary assistance. But Imam Ahmad refused and instead opted to work as a porter for the bedouin camel owners, carrying loads on his back – and he was an Imam rahimahullah. He saw that porterage, work and eating from the sweat of ones own hands was better by thousands of times than taking money from the people; because the upper hand is the one that gives and the lower hand is the one that receives. And Ahmad did not want his hand to be the lower one, may Allah be pleased with him. So I advise the scholars and the students of knowledge to return towards the biographies of the nobility of the salaf, and let them be aware that eagerness to seek money is from the most dangerous of dangers upon the Da’wah Salafiyyah. And the proof of that is that the current fitnah was sparked because of money when, may Allah bless you, some people started stretching their hands out to this Jam’iyyah and that Jam’iyyah (charity organization). So week refuge with Allah from the fitnah of money. Verily it is fitnah, by Allah. And by Allah, it is but a very small number of students who come out of the masjid and are self sufficient, noble and honoured. And (these) are better than millions and millions of those ‘students of money’ and those destroyed by the dunya (worldly matters). So we advise the salafi youth and the scholars from amongst them to return towards the biographies of the salaf. As they (the salaf) raised the banner of the sunnah, so to they also raised the banner of honour, nobility, asceticism, abstinence and the dislike of chasing after the dunya. By Allah, nothing has harmed the Da’wah Salafiyyah in Yemen more than the exposure of money and the panting after it and it has given rise to this fitnah now.

And money is a strong arrow in igniting the fire of trials. Unless there is repentance to Allah and returning to Allah and brotherhood for the sake of Allah. We advise them with calling one another to the truth and calling one another to patience in every difficulty of life. {And certainly, We shall test you with something of fear, hunger, loss of wealth, lives and fruits, but give glad tidings to the patient ones} (Al Baqarah:155). And by Allah, verily the salaf did not bring this da’wah to us by way of tender, soft money and vessels. But they brought it to us by their asceticism, abstinence and turning away (from wealth), may Allah be pleased with them. So we advise the salafees in every place and in Yemen especially – that Yemen which Allah has raised in it the banner of the Sunnah: That they guard this da’wah; and if money was to come to them, then it will spoil that which is between them so it is upon them to kick it away with their legs. And they should traverse upon their path honoured and enobled spreading the noble, clean da’wah of Allah.

← Yasir Qadhi Exposed! Once they replace our scholars, where will they take us? Part 2
What the Scholars Say About Shaykh Muqbil (rahimahullah)? →