The reason why mankind was created.

Why was mankind created? 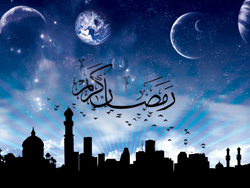 “Did you think that We had created you in play (without any purpose), and that you would not be brought back to Us? So Exalted be Allah, the True King: Laa ilaaha illa Huwa (none has the right to be worshipped but He), the Lord of the Supreme Throne!” [al-Mu’minoon 23:115, 116]

“We created not the heavens and the earth and all that is between them for a (mere) play” [al-Anbiya’ 21:16]

“Haa‑Meem. [These letters are one of the miracles of the Qur’aan, and none but Allah (Alone) knows their meanings.] The revelation of the Book (this Qur’aan) is from Allah, the All‑Mighty, the All‑Wise. We created not the heavens and the earth and all that is between them except with truth, and for an appointed term. But those who disbelieve, turn away from that whereof they are warned” [al-Ahqaaf 46:1-3]

Hence the wise believers affirm that there is wisdom in Allah’s creation, and the kuffaar deny that. Allah says (interpretation of the meaning): “Verily, in the creation of the heavens and the earth, and in the alternation of night and day, there are indeed signs for men of understanding. Those who remember Allah (always, and in prayers) standing, sitting, and lying down on their sides, and think deeply about the creation of the heavens and the earth, (saying): Our Lord! You have not created (all) this without purpose, glory to You! (Exalted are You above all that they associate with You as partners). Give us salvation from the torment of the Fire” [Aal ‘Imraan 3:190, 191]. And Allah says, describing the attitude of the kuffaar towards the wisdom of His creation (interpretation of the meaning): “And We created not the heaven and the earth and all that is between them without purpose! That is the consideration of those who disbelieve! Then woe to those who disbelieve (in Islamic Monotheism) from the Fire!” [Saad 38:27]. Shaykh ‘Abd al-Rahmaan al-Sa’di (may Allah have mercy on him) said:

Allah tells us of His perfect wisdom in creating the heavens and the earth, and that He has not created them in vain, i.e., in play with no beneficial purpose. “That is the consideration of those who disbelieve” in their Lord, because they think that which does not befit His Majesty. “Then woe to those who disbelieve (in Islamic Monotheism) from the Fire!” Allah created the heavens and earth in truth for truth. He created them so that His slaves might understand the completeness of His knowledge and power and the extent of His might, and that He alone is the One to be worshipped, and not those who have not created even an atom in the heavens or on earth. And that they might know that the Resurrection is true and that Allah will judge between the people of good and evil. The one who is ignorant of the wisdom of Allah should not think that Allah will treat them equally when judging them. Hence Allah says (interpretation of the meaning): “Shall We treat those who believe (in the Oneness of Allah Islamic Monotheism) and do righteous good deeds as Mufsidoon (those who associate partners in worship with Allah and commit crimes) on earth? Or shall We treat the Muttaqoon (the pious) as the Fujjaar (criminals, disbelievers, the wicked)?” [Saad 38:28] This does not befit Our wisdom and Our judgement. End quote. Tafseer al-Sa’di, p. 712

Allah has not created man to eat, drink and multiply, in which case he would be like the animals. Allah has honoured man and favoured him far above many of those whom He has created, but many people insist on kufr, so they are ignorant of or deny the true wisdom behind their creation, and all they care about is enjoying the pleasures of this world. The life of such people is like that of animals, and indeed they are even more astray. Allah says (interpretation of the meaning):

“while those who disbelieve enjoy themselves and eat as cattle eat; and the Fire will be their abode” [Muhammad 47:12]

“Leave them to eat and enjoy, and let them be preoccupied with (false) hope. They will come to know!” [al-Hijr 15:3]

It is well known to wise people that the one who does a thing knows more about the wisdom behind it than anyone else and for Allah is the highest description (cf. al-Nahl 16:60); He is the One Who has created mankind and He knows best the wisdom behind the creation of mankind. No one would dispute this with regard to worldly matters. All people are certain that their physical faculties have been created for a reason. The eye is for seeing, the ear is for hearing, and so on. Does it make sense for his physical faculties to have been created for a reason but for himself to have been created in vain? Or does he not agree to respond to the One Who created him when He tells him of the reason behind his creation?

“And He it is Who has created the heavens and the earth in six Days and His Throne was on the water, that He might try you, which of you is the best in deeds. But if you were to say to them: “You shall indeed be raised up after death,” those who disbelieve would be sure to say, “This is nothing but obvious magic” [Hood 11:7]

“Who has created death and life that He may test you which of you is best in deed. And He is the All‑Mighty, the Oft‑Forgiving” [al-Mulk 67:2]

From this test results a manifestation of the names and attributes of Allah, such as Allah’s names al-Rahmaan (the Most Gracious), al-Ghafoor (the Oft Forgiving), al-Hakeem (the Most Wise), al-Tawwaab (the Accepter of Repentance), al-Raheem (the Most Merciful), and other names of Allah.

One of the greatest reasons for which Allah has created mankind – which is one of the greatest tests – is the command to affirm His Oneness (Tawheed) and to worship Him alone with no partner or associate. Allah has stated this reason for the creation of mankind, as He says (interpretation of the meaning): “And I (Allah) created not the jinn and mankind except that they should worship Me (Alone)” [al-Dhaariyaat 51:56]. Ibn Katheer (may Allah have mercy on him) said:

Shaykh ‘Abd al-Rahmaan al-Sa’di (may Allah have mercy on him) said:

Allah, may He be exalted, created mankind to worship Him and to know Him by His names and attributes, and to enjoin that upon them. Whoever submits to Him and does what is enjoined upon him will be one of those who are successful, but whoever turns away from that, they are the losers. He will inevitably gather them together in the Hereafter where He will reward or punish them for what He commanded and forbade them to do. Hence Allah mentions how the mushrikeen denied the reward or punishment, as He says (interpretation of the meaning): “But if you were to say to them: ‘You shall indeed be raised up after death,’ those who disbelieve would be sure to say, ‘This is nothing but obvious magic’” [Hood 11:7]. i.e., if you were to speak to these people and tell them about the Resurrection after death, they would not believe you, rather they would reject your words vehemently and deny the message you brought, and they would say, ‘This is nothing but obvious magic,’ but in fact it is obvious truth. End quote. Tafseer al-Sa’di, p. 333

Tags: allah, bible, hadeeth, Ibn katheer, islam, islam for humanity, jesus, jinn, life after death, muslim, non muslim, prophet muhammad, purpose of our creation, quran, what is the purpose of our life, Why did GOD create humankind?, why was mankind created?